Staff smokes out a sewer smell

Utility Systems employees used a clever industry hack to identify the source of a sewer smell in a customer’s home. This pesky odor failed to retreat after several service calls. It was determined that the low-pressure wastewater disposal system, or STEP system, had reached its life expectancy (General Development Corporation, 30+ year old system) and needed to be replaced—but would that solve the odor issue?

Management determined that further diagnosis was necessary, and a smoke test, commonly used in the plumbing industry, could identify where the odor could be escaping from within the system. The crew cut the sewer lateral and used a smoke machine to introduce smoke into the sewer system. Immediately, smoke came from the bottom of the toilet, indicating that the wax seal had been compromised. The homeowner replaced the wax seal and bid the foul smell farewell.

Wax seals often last the life of a toilet, but there are times when they need to be replaced. If you see water seeping from the bottom of your toilet, or experience a lingering smell—it may be time to replace the wax seal. 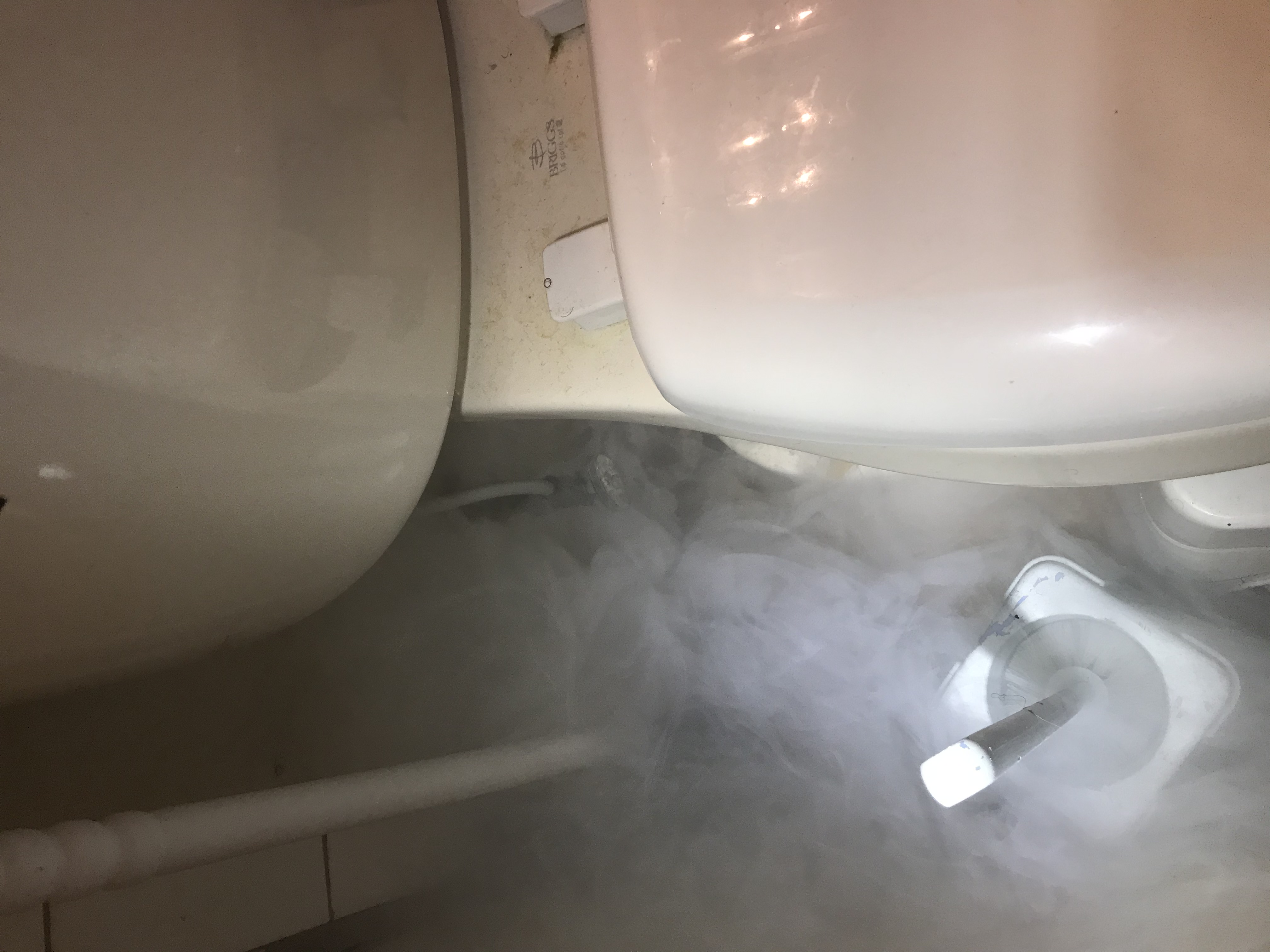